1988 June 6  – Creation of HMS– The base of everything to come
Nicolas Hassbjer founded Hassbjer Micro Systems AB (HMS), based on his exam theses project from the University of Halmstad. Sales and repeat deliveries of first products after just 6 months. Development of a industrial network system for graphic machinery, based on fibre optics and a propriatary real time protocol.

2004 August – TEQUITY FOUNDED
Tequity (at the time named Hassbjer Investment AB) is formed to participate in a leveraged buyout of HMS Networks where Venture Capital Funds were replaced by a Private Equity Ownership.

2007 October
HMS Networks is listed on Nasdaq OMX in Stockholm. Tequity divests 4 % of the shares in HMS in the IPO and remains as one of the largest shareholders with 11 % of capital and votes (15 % including Nicolas Hassbjer private holding).

2009 September
Tequity changes into active investment management and starts to take on positions in non-listed companies.

2011–2012
Tequity invests in Sigicom, Magcomp and starts to build a major position in Nokia.

2013 February
Divestment of all shares in HMS Networks to several institutional shareholders.

2013 March-September
Larger investments in eGain, Cybercom and Nokia. Among the larger private owners in Nokia when Microsoft acquires its handset business. 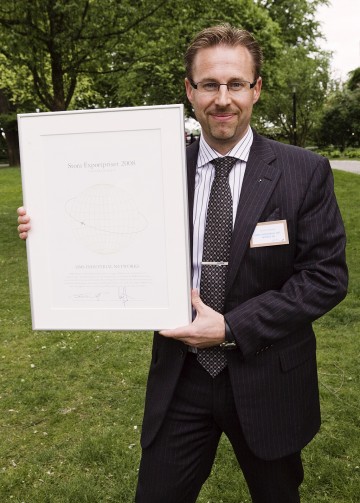